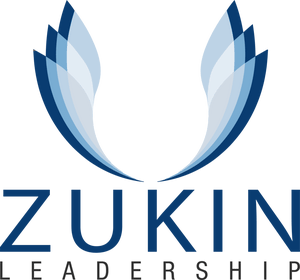 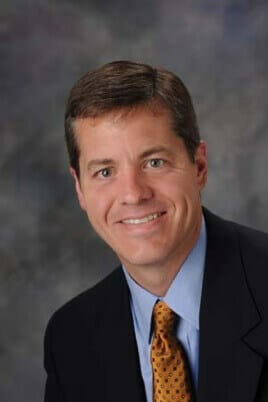 Throughout his 32-year career, Eric has accumulated an extensive array of educational, professional, and community service experiences that he uses to help individuals and teams produce outstanding results in a wide variety of environments.

Eric’s participation in high school debate ignited his passion for language, writing, and public speaking, which ultimately led him to pursue a career as an attorney. At the University of Virginia, Eric studied Finance and Accounting, while also finding room in his schedule to study Psychology, French, Philosophy, Sociology, Physics, Shakespearean Literature, and History. He wrote a weekly editorial column for the student newspaper and participated in one of the University’s literary and debating societies. While in law school at the University of Michigan, Eric chose to focus on tax and corporate law, which combined his love of language and effective communication with his love for logic, mathematics, and complex puzzles.

After graduating from law school, Eric returned to his hometown of Columbus, Ohio, where he practiced law for eight years. His practice included complex consulting assignments, transactional planning (mergers and acquisitions), internal reorganization and restructuring projects, litigation before various state and federal judicial and administrative tribunals throughout the United States and writing and lobbying various pieces of state legislation.

Shortly after being promoted to partner at his law firm, Eric chose to leave the practice of law to join one of the Big Four accounting and consulting firms. While there, he served in two primary roles. First, he consulted with Fortune 500 and middle market companies throughout the US on a variety of tax, legal, and operational issues. These clients spanned almost every industry, including oil and gas production and distribution, electric and natural gas utilities, light and heavy manufacturing, transportation and distribution, telecommunications and information technology, publishing, and retail. Second, he led and managed several different business units, including three new business units Eric started and grew significantly and profitably, and three under-performing business units Eric restructured and returned to profitable growth. During one three-year period under Eric’s leadership, one of these business units more than doubled in revenue and headcount, while achieving a six-fold increase in profitability. In addition, during his last three years at the firm, he served as a member of, and ultimately chaired, the Strategy Committee for the firm’s US Tax Practice, where he was responsible for developing and communicating a new 10 year growth and client service strategy to the firm’s 8,000 US tax professionals.

In 2012, Eric joined St. Charles Consulting where he focused the majority of his time and energies on helping organizations assess the competency and effectiveness of their leaders and managers, redesign job roles and expectations, and prepare their people to excel through a combination of consulting, executive and leadership coaching, training, and facilitation.

In recent years, Eric has founded three charitable foundations, two of which focus on funding leading-edge medical research and treatment therapies for pediatric brain cancer (www.R33M.org) and KCNQ2-related epilepsies (www.KCNQ2.org). Eric’s role with both organizations is to define the foundations’ fund-raising, investment, and communication strategies and operational tactics, while coaching individual officers and directors through various day-to-day decision-making processes and interpersonal interactions with employees, volunteers, donors, and medical professionals.

At every stage of his career, Eric has worked with Fortune 500 and middle market companies in almost every industry. In both his executive and customer-service roles, Eric has personally coached and mentored dozens of leaders and managers. He has served as an instructor and facilitator for a long list of internal- and public-facing training sessions on a wide variety of technical and business skill issues, including various training programs for newly hired and recently promoted executive and managerial professionals to help them improve their emotional intelligence, leadership, management, decision-making, communication, delegation, feedback, and conflict resolution skills. He’s received multiple coaching, mentoring, innovation, and business leadership awards.

Eric lives in the Chicago area with his wife and two adult daughters.

I publish a periodic newsletter with insights for leaders to support them and their teams in doing what they love and loving what they do! I promise not to overwhelm your inbox. If you are interested in subscribing, add your email and click subscribe now.
Zukin Leadership, LLC. © All Rights Reserved 2023